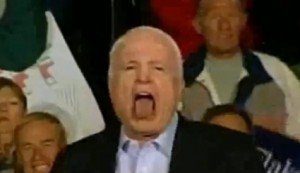 The plot thickens and while many pieces of the puzzle are still missing….the overall picture of what is happening [behind the scenes] is growing…..We’re finally reaching that dangerous point in time when [all will be revealed] according to “Q” Anon.

“Q” analysts agree that McCain was Tried for Treason, before a Military Tribunal, and we suspect it happened around December 2017 when unusual activity began to surface with commercial chartered flights into GITMO. It was also around December when McCain and Hillary Clinton were hobbling around (on crutches) with a foot boot on their right leg, often used to cover a GPS tracking ankle monitor.

Then we saw McCain switch the boot to the left foot, “to give his right foot a break” (????). I might be wrong…but didn’t Hillary do the same thing?

Not long after, McCain [supposedly] had eye surgery and “cancer was discovered.”

Now…here’s the strange part about his “brain cancer.” One day before he died, the media announced that “McCain decided to stop Chemo.” My first impression was that by stopping Chemo and then his sudden death….one day later, he either wanted to die, or by stopping the Chemo [immediately] would be his death sentence, but reality says….no way in hell a person would die overnight because they stopped Chemo.

Then “Q” analysts began to put the dots together and by reviewing past posts by “Q,” we learned that McCain’s [EXACT] day and time of death [to the minute] was posted [30] days prior to his death. On top of that….”Q” added “every dog has his day,” which McCain died within hours of “Dog Day.” (See Videos)

What is NOW apparent….McCain was TRIED in a Military Court proceeding at GITMO, concurrent with the “Deep State’s” own National Defense Authorization Act (NDAA), and the ONLY plea bargain offered, was for McCain (and his family) to “keep his (hero) legacy” and accept a death sentence by (maybe) cyanide pill, or go to prison for life at GITMO. We somewhat conclude that McCain was NOT dying from brain cancer.

“The Fakestream Media’s massive support for a man that armed ISIS, helped create ISIS, and systematically destroyed the Middle East under Obama and Hillary Clinton’s direction, is an indication….the funeral was planned to be used as the sounding stage for Trump hatred and division within the Republican Party. Clever? Or just another attempt to ignore the true facts about McCain?” (McCain’s Perp Walk for Treason Has Just Begun)

I (personally) cannot recount a time when a Senator received such an over-blown funeral, which WE ALL KNOW was all about Trump, an opportunity for the family and “Deep State” cronies to express their extreme hatred for a president that put McCain to death.

The resulting panic among those that fear the same treatment soon, have changed their tune about Trump, i.e., Lindsey Graham, a staunch supporter of McCain now supports Trump.

Knowing that McCain’s Treasonous Acts under direction of Hussein Obama and Hillary Clinton, during Benghazi, and later as the envoy to Syria (secretly) to coordinate with al Qaida leaders to create an ISIS uprising against Syria (with $5 million dollars) while arming them with smuggled shoulder missile launchers (planned during the Benghazi CIA / Ambassador Stevens and al Qaida event) was (basically) aiding and abetting with the enemy…as McCain was notoriously accused of while being imprisoned at the Hanoi Hilton during the Vietnam War…of which Lindsey Graham and many others want to distant themselves from.

McCain also hand carried the Fake Russian Dossier to the FBI which started the Mueller “Witch Hunt.” That alone is a Treasonous Act to take-down a president. We also know that McCain was a globalist with intent and conspiracy (along with the rogue elements in the CIA, Obama and Hillary Clinton et al) to provide China with Top Secret (revealed) documents for the eventual war against the United States for the specific purpose of destroying America, our Constitution, level the playing field for world trade, and allow the United Nations to take control of America.

“The Chinese firm obtained Clinton’s emails in real time as she sent and received communications and documents through her personal server, according to the sources, who said the hacking was conducted as part of an intelligence operation.” (Well, well, well. This doesn’t bode well for Hillary)

They in-turn would become multi-billionaires, Pedophilia protected, Open Borders, One World Government under the United Nations, total Gun Confiscation, nullification of Free Speech, and American Sovereignty would go down the drain under Communism. That WAS the plan…

We do not know if McCain has been the first execution, and we have no idea what happened to the Podesta brothers, but what WE DO know, the next shoe to fall is when the “Deep State” cronies begin to see others facing Military Tribunals (or it’s revealed) that THEY are about to be rounded-up by the U.S. Military (under the NDAA).

It is believed that after Kavanagh is elected to the SCOTUS on or by September 20th, all hell could break loose in America and the “Deep State” will (then) create a massive diversion by [either] widespread blackouts, shutting down commerce, economic collapse, or a false flag biological attack, cyber attack….blame it on Russia and Trump in-order to save the midterm elections from falling into the hands of the Republicans.

Desperation and Panic is on the horizon….

12.28.17 Podesta Brothers Arrested, Tony Podesta Is in Gitmo (The Video has been stripped)

“If and when Hillary and Obama face many felony charges, as a result of their conspiracy with the FBI and DoJ to spy on Trump and their plans before and after Trump was elected to destroy Trump and take back the White House, the country will go into a tail-spin like no other time in our history.” (Hillary Will Take Everyone Down With Her, but “Nothing Will Happen Because Obama Is Black) – (The Video has been stripped)

You ask….”If McCain was executed for Treason (while he was under direction of the CIA / Obama and Hillary) why haven’t we seen Hillary being tried under military law?” Who is to say she wasn’t? She wore a GPS ankle monitor at the same time as McCain, but what we don’t know is the likelihood she is spilling her guts and is now a witness…..stating: “If I go down I will take everyone with me.” Hillary also stated at one time, “if Trump is elected, we are all going to jail.”

Hillary might have negotiated her situation and no longer has a GPS ankle monitor, but isn’t stopping her and Obama from their latest campaigning to plead for votes this November in hopes their final days will be nullified. (IMO) it really doesn’t matter, because it does not change the (new) DoJ or FBI and Military Intelligence from proceeding, except….the attempt to “Impeach” and/or use the 25th Amendment to oust this president is still a “Clear and Present Danger” if the Communist Left take control of Congress. 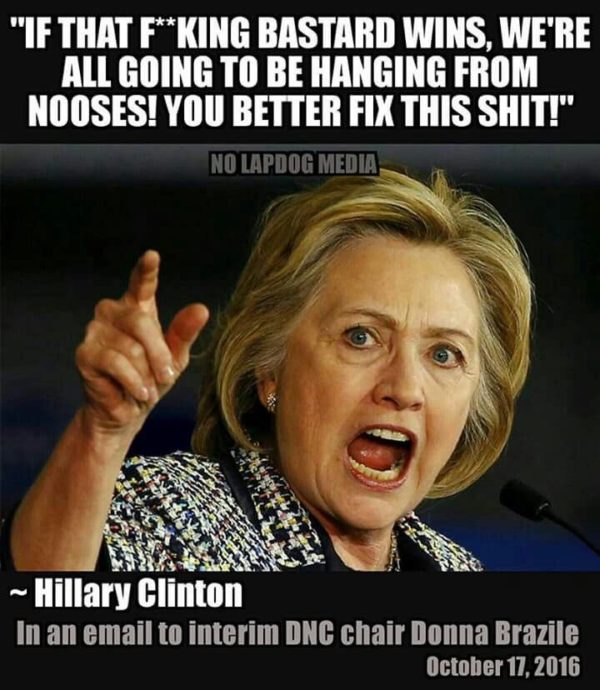 Desperation is apparent as fake NYT editorials from the “Resistance” inside the White House are fueling discontent for President Trump. They are NOT about to throw their cards on the table…..so beware.

I stated in another Bertrand Daily Report that a “Grand Jury is under way or about to begin” in reference to the FISA application and the FBI’s role in how they began the illegal spy net on Carter Page et al, which DoJ Bruce Ohr and his wife Nellie Ohr (Fusion GPS) are the center piece of the investigation conspiracy…along with FBI McCabe (to be charged soon). Well guess what?? We now know there are several Grand Jury(s) underway and for some time over the past year. That is why “Q” in multiple posts said, “Trust The Plan” “Trust Sessions.”

President Trump is playing his cards close to his chest, along with elements of Military Intelligence and the NSA. “Q” again says, “We Have Everything” and “We Are in Control.” However, by Trump “throwing Sessions under the bus” creates the illusion the “Deep State” is still in control…which we now know, is NOT the case.

Trump is suspected by analysts to be providing “dis-information” to the Fakestream Media in-order to calm the Left before the sh*t hits the fan on or about September 20th.

If YOU think that MCain died of cancer….you should (at least) look at what Kasich accidently revealed to CNN. The “Deep State” know what’s at stake for them and the cover-up must prevail in-order to win the midterm elections.

Therefore….this IS THE TIME to get prepared. WWG1WGA

Written by Capt. Dave Bertrand, Ret. for the Betrand Daily Report and published by Before It’s News ~ August 8, 2018 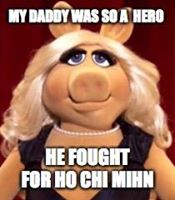 FAIR USE NOTICE: This site contains copyrighted material the use of which has not always been specifically authorized by the copyright owner. We are making such material available in our efforts to advance understanding of environmental, political, human rights, economic, democracy, scientific, and social justice issues, etc. We believe this constitutes a ‘fair use’ of any such copyrighted material as provided for in section 107 of the US Copyright Law. In accordance with Title 17 U. S. C. Section 107, the material on this site is distributed without profit to those who have expressed a prior interest in receiving the included information for research and educational purposes. For more information go to: http://www.law.cornell.edu/uscode/17/107.shtml