The more we learn about the woman who has accused Judge Brett Kavanaugh, POTUS Donald Trump’s second Supreme Court nominee, of sexual assault 36 years ago the more it becomes plain this is all a Democratic-run operation to delay or derail the confirmation of an imminently qualified jurist.

For a woman who initially claimed – if we’re to believe Sen. Dianne Feinstein, D-Calif. – that Christine Blasey Ford wanted to remain anonymous while simply ‘letting folks know’ about Judge Kavanaugh’s alleged assault, she sure lawyered up quickly. Not more than a day after her name became public did Ford have a lawyer – Debra Katz – doing her talking.

It’s not even that Ford’s got a lawyer, per se, it’s who her lawyer is: Katz, it turns out, was an early fundraiser for Hillary Clinton’s presidential campaign, having raised some 29,000 for the eventual Democratic nominee by November 2015, according to The Gateway Pundit.

Katz’s Twitter account is now “protected,” but TGP reports that her bio reads, “Civil rights lawyer @kmblegal. Women’s rights and social justice activist, and mom of a teenage son – in other words, exhausted!” 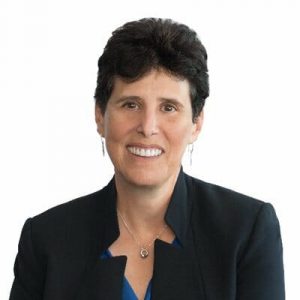 As the website reported previously, Katz also donated to President Obama and the Democratic National Committee. The amounts ranged from $100 to the maximum allowable donation to a presidential campaign, $2,300. Several donations were for $1,000.

It’s not the amount of money that is the issue; it’s who Katz prefers, politically, that matters. Democrats have been working to derail or delay Kavanaugh’s confirmation since POTUS Trump announced him as the next SCOTUS nominee. When their circus stunts at Kavanaugh’s Senate Judiciary Committee hearings didn’t do the trick, the next thing we knew there was Feinstein producing a letter from an “anonymous” woman accusing the judge of criminal sexual acts – without evidence, other than a ‘lie detector test’ her attorney administered and some notes from psychiatric sessions in 2012 in which she does not name her ‘attacker.’

Otherwise, she can’t recall exactly when the alleged attack occurred, or where, or even produce any witnesses. The one witness she named, Mark Judge, a friend of Kavanaugh’s, called her accusation “nuts” and said it wasn’t true.

Kavanaugh himself has strenuously denied the incident ever happened in any way, shape, or form – twice. He’s even volunteered to be grilled (again) by the Judiciary Committee.

But the only ones who aren’t satisfied by all of this are Democrats.

This entire sordid affair is a delay tactic

In fact, there were Democrats mixed up in this from the outset, as evidenced by the fact that Feinstein was the one who received the letter. A better plan – if Ford wanted to be taken seriously from the outset instead of looking more like a Democratic political operative – would have been to send her letter to the Senate Judiciary Committee’s chairman, Charles Grassley, R-Iowa as well as Feinstein (who is the ranking minority member).

Also, Democrats are lining up to denounce any Republican effort to proceed with a committee vote on Kavanaugh, despite the fact that Ford won’t respond to requests to appear, under oath, before the committee.

Sen. Mazie Hirono of Hawaii insulted all men Tuesday, calling on them to “shut up and step up” to “do what’s right for a change” (and just take Ford at her word, no proof needed). (Related: James Woods drops a Twitter MOAB on Dem senator who told men to ‘shut up and step up’.)

Now Katz has made the unreasonable demand that the FBI investigate her client’s allegations before she’ll ever agree to appear before the committee.

It’s another stall tactic. That kind of complaint is not the FBI’s jurisdiction, and besides, the bureau has already said twice it would not investigate.

Democrats can’t win enough elections to reclaim power so their default position is to gum up the works as long and as often as possible in order to deny the electoral majority the government they voted for. Truly pathetic.

Read more about how corrupt Democrats are wrecking our system at Corruption.news.